I received some questions recently, like why did you leave Switzerland and how did you end up in the US? So I decided to write up a quick blog post, about me, with some more information

Once Upon a Time…

I was born and raised in Zurich, Switzerland. My parents are both Swiss, but from a young age, I knew I was going to live in the USA one way or another. I didn’t learn English until 9th grade and only had it for one year. But I watched a lot of movies in English and learned that way. My native language is Swiss German, but in school we learn High German and I also had 3 years of French.

After school, I did a 4 yrs apprenticeship as an Architectural Drafter, during which I worked 4 days a week in an architecture office and one day I went to school. I received hands-on training and at the end of the 4 years had a week of final exams which included drafting plans. After my apprenticeship I found employment with an architect that was sort of famous in Switzerland, he built a church with super-thin marble walls and no windows. 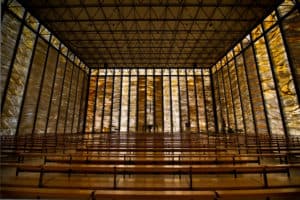 I worked there for almost a year, when one day, my boss said something that made me angry and on my way home, the tram stopped in front of an EF agency. I got out and went inside and picked up an application for becoming an AuPair.

In April that same year, I got off a plane in Austin, TX, and was picked up by my most awesome host family, which I am still in contact with to this day.

Each Tuesday all the AuPairs would meet at the Dog & Duck Pub in Austin, which sadly no longer exists in its original location. But I digress, so one Tuesday it was pretty rainy and none of the AuPairs showed up. So I decided to watch the Dart Players, as I had learned to play darts a couple of months before started my adventure in Austin. The players played a game which I didn’t know, hence I asked if they could explain it to me and it turned out to be Cricket. I got along with them and invited them to my birthday the next weekend.

Well, my birthday came and they didn’t show up, back then cell phones were not as common. We had already gone to the lake when they called they weren’t able to make it. No harm no foul. The following weeks I would hang out with them at the Pub and got to know them.

Steven then invited me to his housewarming party and that is where we ended up together. I was one of the last guests and we ended up on the couch together. While watching Beavis and Butthead and he grabbed my hand and never really let go since.

I had a contract with EF for one year, and that meant my visa was expiring as well. So after we’ve been dating for 6 months, we had to say goodbye. But Steven surprised me on the last day and told me, that he already had plane tickets to visit me in August for my birthday. He’s a keeper, I am telling you.

So I moved back to Switzerland and got a job that paid crap. But I had to save all the money I could to come back as a student at ACC. Well, a had a dear friend that helped me out. So after 8 months of only calling twice a week, cause long-distance phone bills and writing letters. I came back to the US and enrolled as a student at ACC. We got married a year later and I have been in the US since.

We will celebrate 25 years together next month and have two awesome kids.

Do I miss Switzerland? Sometimes, but my family is here now. I lived more than half my life in the US now. Eventually, I will apply for Citizenship. I am still a Green Card Holder.

So hold on to your dreams, cause they might come true, not the way you imagine, but they do.

← prev: 5 Reasons why you will love Sew-Geek shirts next: Fri-Yay Musings →